Four Steps Mortal Kombat 11 Can Take to Improve the Franchise

Earlier this month, Ed Boon graced the stage of the Game Awards to troll the world and surprise viewers with the debut trailer for Mortal Kombat 11. This reveal deviated from how Boon and Netherrealm Studio has revealed their newest title in recent years, foregoing an E3 appearance to hold off until the winter and shorten the wait period to a mere four months between announcement and launch. As a result, fans are more eager than usual to uncover the full details on the new entry in the classic fighting game series, and with an in-depth reveal coming up on January 17, there is still plenty to speculate on from both the cinematic trailer and the little bit of information that Netherrealm has provided so far. The Chicago-based studio has been on a noteworthy streak recently dating back to Mortal Kombat’s reboot in 2011, followed by the superhero brawler Injustice in 2013 and a sequel for each franchise in the following years. There are plenty of lessons Netherrealm can embrace from those past titles to make Mortal Kombat 11 another memorable entry in the long-running franchise, with several key ones standing above the rest.

When Mortal Kombat was revitalized in 2011, one of the strongest and most surprising elements of the last-gen title was the short but auspicious story mode. While single-player elements are not often attributed to the success or failure of a fighting game, Netherrealm’s willingness not only include but prominently feature the lore of the previous titles and expand upon it in new and exciting ways took the campaign to heights rarely reached by fellow members of the genre. Unfortunately, while Mortal Kombat X followed a similar formula from a gameplay perspective, the story’s shift to focus on the younger members of the story left the entry with a more generic tale that seemed to forget what made the last one so special. With an intriguing plot point introduced at the end of Mortal Kombat X and teased in the debut trailer for 11, Netherrealm can hopefully return to the unique characters and elements that inhabit the Mortal Kombat universe, and put them front and center for the singleplayer foray for Mortal Kombat 11. 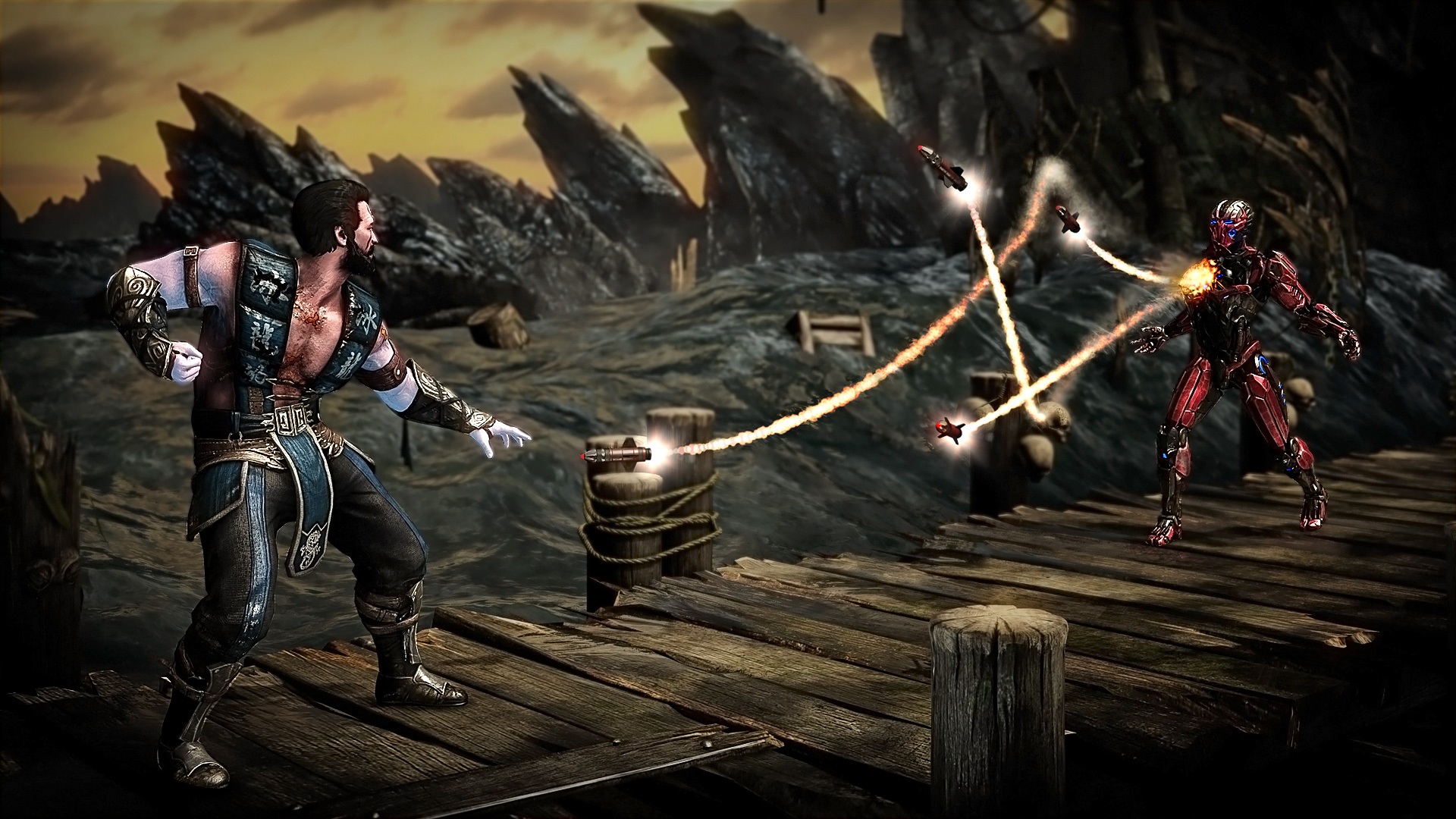 One of Mortal Kombat X’s most-praised mechanics was the character variations, which brought three varied playstyles to each of the 33 characters, which overhauled their appearance and move sets to represent the roster in a more expansive fashion. It was an ambitious design choice, and it paid off, not only by its ability to feature the multi-faceted nature of these beloved characters and their incarnations over the years, but also by how it embraced newcomers to the franchise, allowing players who were still finding their footing to discover the right playstyle for them that they could learn and improve upon. With Mortal Kombat 11, Netherrealm is teasing the inclusion of Custom Character Variations, which looks to further expand upon this exciting system, and could continue to broaden the audience for one of the original fighting franchises.

Surprising crossovers have become more commonplace as DLC additions to fighting titles, but they still represent some of the most exciting announcements to arise for a game after its launch. From the Teenage Mutant Ninja Turtles in Injustice 2, to Negan from The Walking Dead in Tekken 7, to 2B from Nier: Automata in Soul Calibur VI, DLC characters are getting more and more difficult to predict as the possibilities expand in shocking new ways. Mortal Kombat is no stranger to crossovers, with Kratos from God of War being a PS3 exclusive in the 2009 Mortal Kombat, and Predator, Leatherface and Alien all appearing as DLC additions in Mortal Kombat X. To attempt to guess which characters could show up in Mortal Kombat 11 is a feeble task, although one could assume that characters with a fondness for gore and over-the-top violence could prove to be more likely to appear in a series so infamous for its bloodlust. Netherrealm, however, could raise the bar even higher and include a third-party character at launch, potentially revealing it at the info-dump next month, to secure plenty of guaranteed headlines and social media mentions as the game nears its launch just three months afterwards. 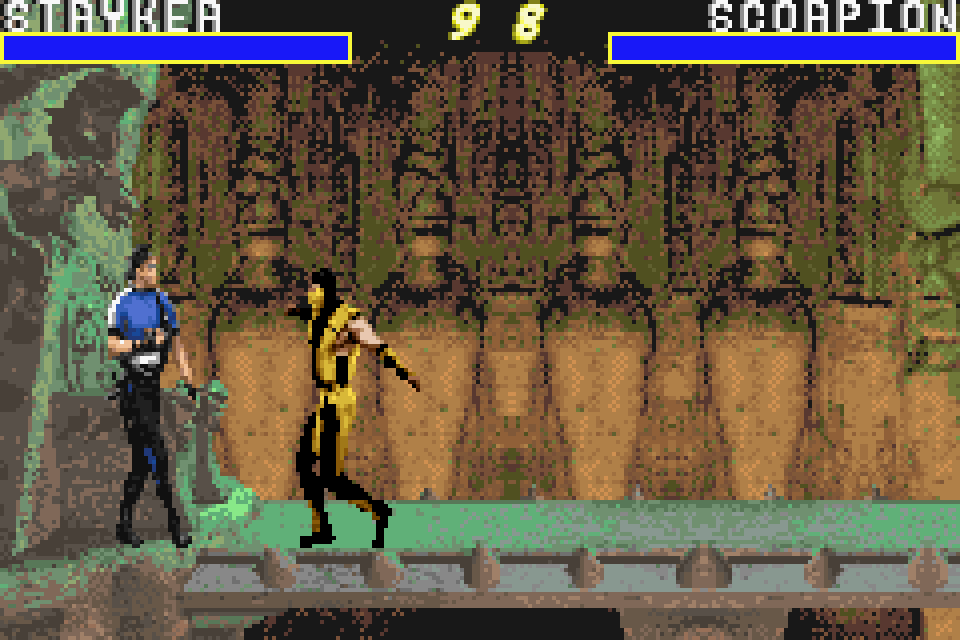 Prioritize Portability on the Switch

At the end of the debut trailer for Mortal Kombat 11, fans were surprised to spot that the latest entry would be receiving a Switch edition, marking the franchise’s first appearance on a Nintendo console in over a decade. While the Switch version is seemingly releasing day and date with its PS4, Xbox One and PC compatriots, there will almost certainly be some limitations that will need to be observed for the game to run without issues from a graphical and technical viewpoint. While one can hope that the vast majority of the modes and content will remain identical across all versions, Netherrealm can hopefully capitalize on this potential downfall by embracing the hybrid nature of the platform and realizing the exciting possibilities that can arise by having a Mortal Kombat title that is playable anywhere with little preparation. With the Switch continuing to surge in popularity and playerbase, Mortal Kombat 11 is poised to continue to expand its audience by bringing its unique brand of bloody side-scrolling combat to new and traditional platforms when it launches on April 23.

Four Steps Mortal Kombat 11 Can Take to Improve the Franchise

Something Blue: Getting Orbs of Transmutation in Path of Exile

Great Tips To Pimp Up Your Gaming Room